Online these questions are going round like viral urban legends.

There were already books on why French women are thinner. So now they have less adhd. On many blogs from new age to Psychology Today, you can read that French kids only have 0,5 percent adhd, versus the 9% in the U.S. This issue was raised by Marilyn Wedge Ph.D in an article of 2012 in Psychology Today. And this story still goes around online, even though the same magazine has posted another article stating the opposite a year later.
To summarize: France does not use the DSM but has their own diagnostic book. Other psychiatric disorders in children are much less diagnosed in France (like depressions or bipolarity etc) Giving brain pills to kids is frowned upon in France. Another reason for the low adhd rate supposedly is a stricter upbringing with a fermer time-frame of the day, especially around dinners: French kids cannot just open the fridge when they want and are less often allowed to eat in front of the tv. The teacher is an authority.
However, a message on a autism platform alarmed me: also autism does not seem to be diagnosed as often in France. And that is causing problems. And there are communities and parents reading about it online and uniting and protesting. And so are the adhd parents. So maybe adhd does exist just as much in France.
Still better eating and less pills could be a good idea.

The funny thing is that France is not at all well organised (see picture above).
There are no gays in Russia either.

2. “The inventor of adhd confessed on his deathbed he made it up”.

This is circling around on the internet but is not true!

EISENBERG
With ”the inventor of adhd” is meant: dr. L. Eisenberg
Leon Eisenberg played a roll in getting adhd in the ICD and the DSM (diagnostic books for psychiatrists that registers mental disorders and medicines). But his colleages in BMJ say he really should be remembered as the man who “ was a bio-psycho-social model at a time when psychoanalytical thinking was the norm.”

In the adhd history  it’s not just one person inventing adhd:

INTERVIEW IN SPIEGEL 7 MONTHS PRIOR
Eisenbergs deathbed (15 september 2009) was not about that. The Urban Legend is constructed around an interview he gave seven months prior to his death, to the German magazine Der Spiegel Jorg Blech:

Written in 2012, this article is a plea about the thin line between mental health and illness in a stressed society. Jorg Blech summs up several diagnoses of mental disorders in recent years and their recent big increase. He remembers a visit to Dr. Eisenberg three years earlier. And quotes him (source snopes.com):

….A tall, thin man with glasses and suspenders opened the door to his apartment in Harvard Square in 2009, invited me to the kitchen table, and poured coffee. He said that he never would have thought his discovery would someday become so popular. “ADHD is a prime example of a fabricated disorder,” Eisenberg said. “The genetic predisposition to ADHD is completely overrated.”

This quote is completely in line with what Eisenberg said during his whole academic life.

Not long after his ”hyperkenise” was admitted tot the DSM. Eisenberg saw that it was over-diagnosed from the very beginning and his concept abused as a quick fix.

“Not long after hyperkinese was admitted to the DSM Eisenberg said stimulantia like methylfenidate were often abused. He said that prescribing this medicine in high dosages to people who did not really need it could provoke a psychosis”.

In the early 1960’s pharmaceudical advertisements were allowed in American magazines. They advised methylfenidate for children with behavioural problems, people with depression, and to lose weight. With admission to the DSM they hoped methylfenidate would only be used medically. However doctors kept on prescribing it against depression and obesity. Eisenberg protested against this, warning for side effects of high dosages.

WHAT DID EISENBERG REALLY SAY ABOUT ADHD?

“There are children with enorm restless and impulsivity, that could function better with a strictly controlled very low dosage of mythylfenidate. Not only for their caretakers but also for the children themselves it could be an enorm life improvement. They should get this medication only after ruling out that their problems are caused by: chaos in their family, wrong food, overcrowded classrooms. The medicine should only be necessary three to five years, it may be only half a year. (Eisenberg 1972) 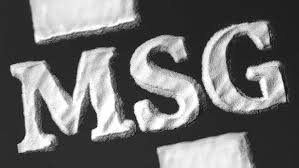 MSG or E621 is a savery additive in food. Online it is called a ‘neurotoxin’: not good for ”canaries in the colemine”.

3. “Adhd is caused by food allergies”
Pelsser published in The Lancet but this publication was retrieved due to conflict of interest. Anyway her researchgroup was too small (25 people). Much bigger research on this subject is done by Elaine Aron. She proved decades earlier that there is a significant connection between physical sensitivity and mental sensitivity. People who have very sensitive senses, have statistically more allergies. (after all: adhd medicins were first tested on an astma group and in that group were many hyperactives: that is how they discovered it helped concentrating.) Not only food allergies but also skin and long allergies are more current in the adhd group. Also autism comes with more allergies.

This is called ”the canary in the colemine”: if you are the first to smell the gass you will likely be the first to faint from it.

So: adhd is not caused by food allergies. But the chaos, behaviour and focus of adhd kids gets worse if they also get the wrong food.

After a very big hype of the mindfullness sect finally critics dare to give a counterweight. We see columns here and there put it into much needed perspective.

Constrained ‘positive thinking’ is often used to dissociate from difficult emotions. We need stress and we need to lean into it to deal with it, avoiding it is not always moving us forward. Anger or mourning: those are emotions that need to be felt not avoided.

People with trauma might rightfully so block the past and live in the now. However they are at risk to provoke even more dissociation with ”mindfullness”.

Living in the ”now” can sometimes be abused:
– Guilt. Not to think about the past when there is guilt in that past. Guilty people of course stand in line to go to those meetings where you learn to dissociate from the past. For example: Some burnt-out people have made life hell for others: shouted at their children and messed up at work. Apologies are nescesarry. You are not just a victim: you are also a culprit.
– Seeing causality will teach you what to change in your life. You cannot learn from your mistakes if you avoid looking at the past and thinking it over. Especially your emotions will tell you if you are on the right path or not. Don’t avoid the regrets of the past or fear of the future. They are key!